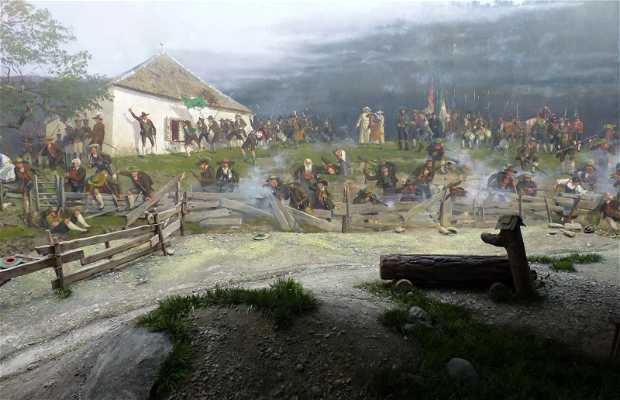 The Tirol Panorama in a museum within another museum, the Tiroler Landesmuseen. In it is a giant circular mural of over 1,000 square meters that moved there in September 2010. It is the main museum display. This panoramic painting was created in 1881 and represents the 3rd Battle of Bergisel between French Napoleonic troops and the rebels led by Andreas Hofer Tyrolean who managed to defeat the French. It has so many details that it is even shown in the painting the time when it took place, 5 o'clock in the afternoon. There are also nineteenth century developments such as telegraph poles, roads

+16
Like
Adrian Garecio
Good
See original
Like
Have you been here?
Add your opinion and photos and help other travelers discover