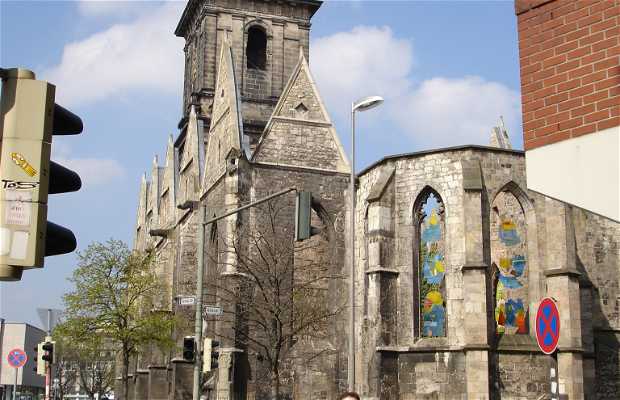 Memorial to the war victims

This church, like most in Hannover, Germany, was bombed during World War II, specifically in the year 1943. It wasn't rebuilt so it would be a reminder and sort of memorial to the war victims. Inside, there is a "peace bell" donated by the citizens of Hiroshima, one of Hannover's sister cities.

Lists and places related to Aegidienkirche