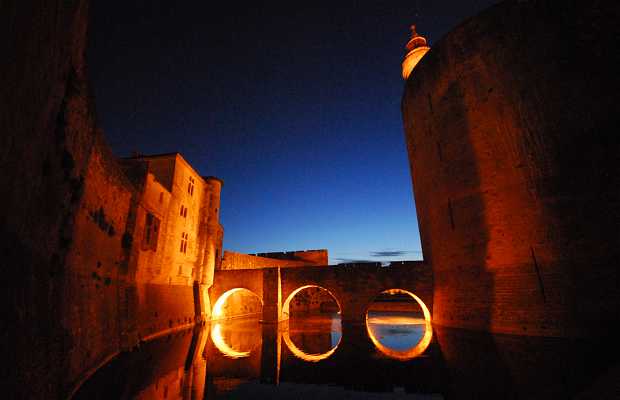 A walled city in the marshes

You can find this tiny city at the entrance of Camargue. It was built by St. Louis King of France in the 13th century because he sought an outlet to the Mediterranean. A walled city in the marshes, walls which can be traveled, after paying. From here you can see the whole city from above. At one end of this planned city is the Tour de Constance, an authentic medieval mass, a massive tower served as a prison and where the Templars were locked. A good start or end to a visit to Camargue.

Lists and places related to Aigues-Mortes