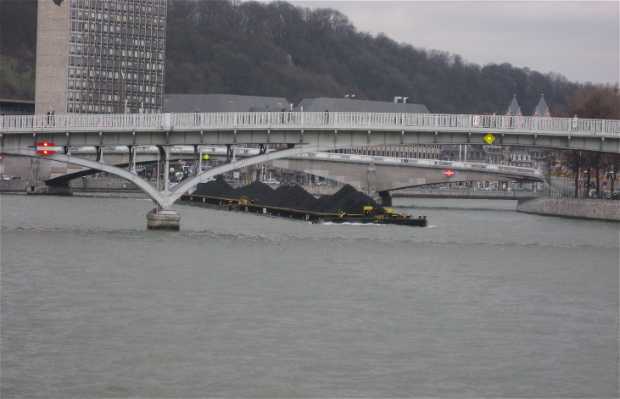 The Pont des Arches bridge is the only one of the bridges over the Meuse River that existed during the Middle Ages. It was rebuilt in 1947 and decorated with scenes that are popular throughout Liege. But the most striking and monument is the Fragneé Pont, which was built for the Universal Exhibition of 1905 as an example of the Alexander III bridge in Paris. At each end of it you can see the golden angel playing trumpet on top.