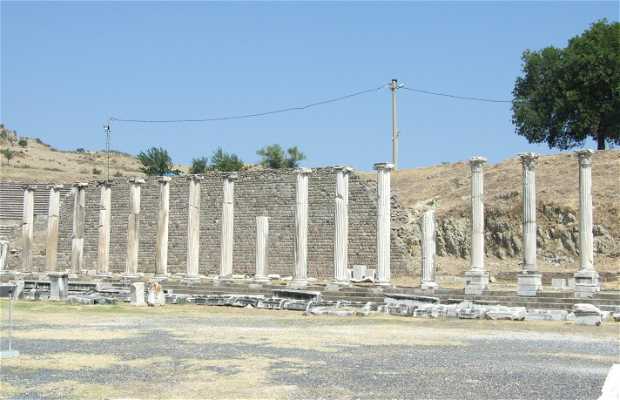 About 3,5 km from Pergamum is the Asclepion, a medical center of the fourth century BC. Most of the remnants are from the time of Emperor Hadrian (first century AD). There were healed all kinds of diseases, both physical and psychic, but not all patients could enter the Asclepion. Before admitting a patient doctors had to be sure they could cure the patient. But if they thought there was no cure, he was not admitted. The mud baths, hot springs and marble pools with curative waters were some forms of medicine as was the theatre. It involved patients as actors and audience, music and plays were staged.

+51
See original
Like
Have you been here?
Add your opinion and photos and help other travelers discover