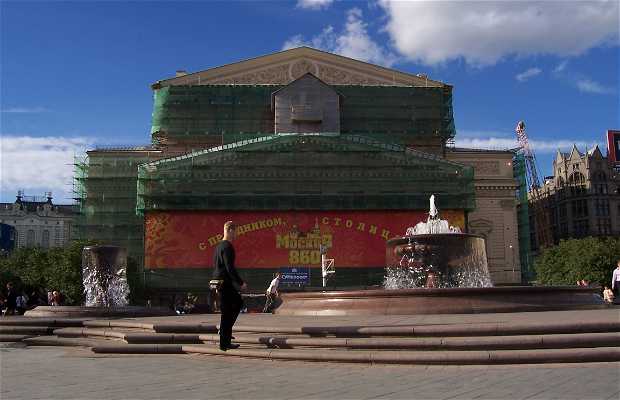 Known worldwide for ballet. The building has a neoclassical facade with a sculpture of a chariot in neoclassical style. It was built in 1825 on the remains of the Petrovsky theater which had burned down. In 1853 the Bolshoi Theatre suffered a fire that almost completely destroyed it. In 1856 the theater was fully reconstructed.