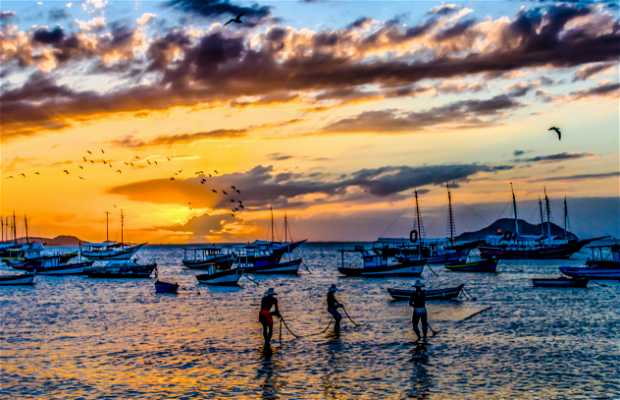 Benagalbón, in the municipality of Rincón de la Victoria, in Axarquia, is a white town, cheerful and where traditions still remain popular. Benagalbón was founded by Galb-un (a beberer tribe) who introduced agriculture, created its source of wealth (the vine) and exploited the raisin and wine. In the fifteenth century Benagalbón was a farmhouse with a tower in its coastal defense, at the end of the Catholic kings the conquest of the Moorish ordered that they could not reside within five leagues of the coast, and those who refused to leave their property, moved to live there. Later, under Charles III, the house Fuente de Bezmiliana was built (1789) and the roads leading to the village were improved, being one of the 14 most important urban of areas of Axarquia at that time.

Beautiful beaches and beautiful sunsets, good diving, and people. If you go to Brazil this is not to be missed. You are advised not to come in the high season (January and/or February). These two months are too full of tourists, but the rest of the year is a great time too.

A place with beautiful beaches and lots of things to do!

Lists and places related to Búzios

Links to Búzios
Hotels near Búzios Cities in Buzios
See something odd?