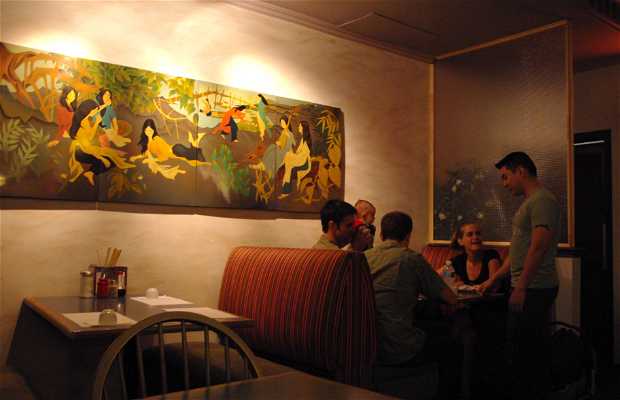 Relatively invisible from the street, Cafe Saigon hides in a windowless ground floor exterior. It's one of the city's many Vietnamese restaurant and stands out for its quality and authenticity, like the Pho Bang New York and Pho 21 ('http://www.minube.com/rincon/10082'). Sadly, the renovations that were taken left the restaurant a little poorly. It was more authentic last year, but in an attempt to draw closer to the Canadian public, the décor is now halfway between a typical Vietnamese atmosphere (with bamboo roof, a fish tank, an Asian-themed frame) and a modern taste that makes it downright tacky.