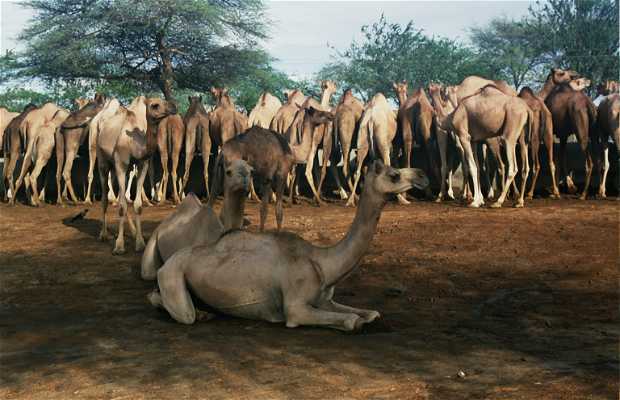 This is the biggest camel farm in Asia. The Bikaner camel played a key role in the kingdom, in its economy and defense. The camel farm that lies between sand dunes was created in the year 1960 to improve the breed. They raise camels with longer eye-lashes to protect them during sandstorms. Camels in Bikaner are famous for their capacity, unlike Jaisalmer who are famous for speed. The camel breeding farm is largely for domestic transportation, but even today it is also for military use (the Bikaner Camel Regiment dates back to the year 1465 and today the army has a camel regiment first class).

Links to Camel Farm
Hotels near Camel Farm Of Touristic Interest in Bikaner
See something odd?