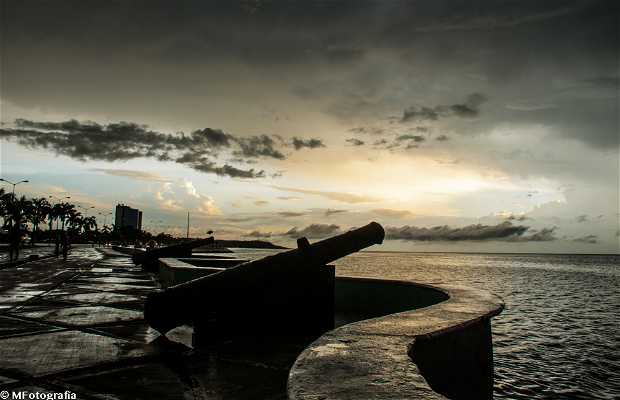 A thick wall of 2.5 km was constructed for protection.

Campeche was a very successful port dedicated to the export of timber and dyes, as well as gold and silver from nearby regions. This certainly does not go unnoticed as caribbean pirates began attacking just 6 years after it was founded in the year 1540. For 200 years they terrorized Campeche, raping, burning and robbing their people. In the year 1668, 5 years after an attack by pirates brotherhoods all bonded, the Spanish monarchy decided to constructed a thick wall of 2.5 km. It was of Hexagon shape and surrounding the community. The wall had 5 bastions or links between the sides of the wall, which acted as strong where troops were staying, due to its large size.

Such a beautiful city full of history, excellent for a family trip