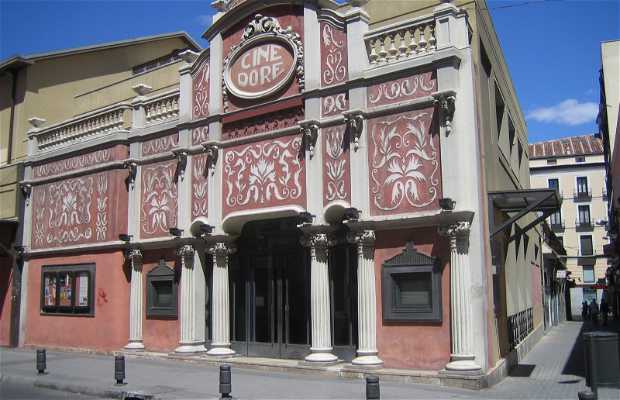 The Cine Doré is located in Santa Isabel street, next to Plaza de Antón Martín in Madrid. The best way to get there is by the subway, Antón Martín station, line 1.

This building was opened at the beginning of the 20th century (1912) as a "lobby" dedicated to social leisure activities. It was converted into the Cine Doré we know today in 1923 and this is why it has the modernist style of the time.

After years of decline, this cinema was used as a re-release place and closed in 1963. In 1982 the Municipal Corporation of Madrid bought the Cine Doré for its architectural interest and decided that it would be restored for the Filmoteca Española.

To relive your favorite movies of all times on a big screen and for an ideal price: 2€ for students and the option to buy a 10 movies ticket for 15€.

It is fantastic. There are series of great directors, live music... Every month the new program is out.