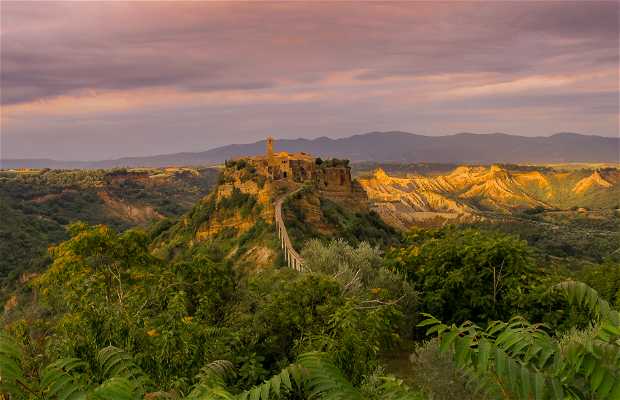 Climbing out of a massive rock, the base of which is formed by clay soil, Civita di Bagnoregio was, until recently, a "dying city". In ancient times, the village was, along with Rota, one of the most modern, but erosion due to the nearby Tiber valley, rains, and earthquakes caused the collapse of many portions of the rock.

Much of the population was forced to evacuate, and many lost their homes. Around 1900, Civita was connected to the rest of the modern village by a rickety bridge which has since been replaced by a solid concrete walkway, one of the first actions of the restoration efforts undertaken in recent years.