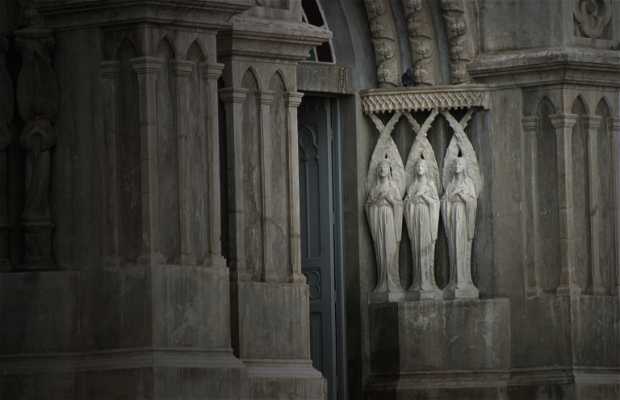 The design of the church is based on the French and German Gothic style, as it has elements of both. The galleries are a small-scale copy of the galleries that are in the Church of Notre Dame, and the columns were based on the columns of the transept of the Cologne Cathedral, in Germany. Another feature of the German Gothic found in the Church of Coronado, is the use of a single needle, slender tower, situated in the front, serving this axis and an element that emphasizes verticality. Unlike the French Gothic, where it was typical to have two needles, one on each side of the outside part. SOmething