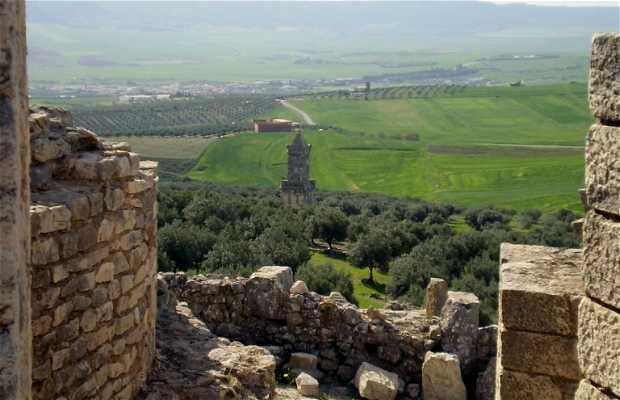 This mausoleum has become the emblem of the archaeological site of the ancient city of Thugga, and is the only monument of this style that has survived virtually intact. It's only missing a bilingual inscription (Libyan and Punic), which the British Consul in Tunis looted in 1842, and which is now in the British Museum. It's a Libyan-Punic mausoleum and is the burial ground for a Numidian chief called Afeban that was built in the 2nd century BC. It's inspired by archaic Greek, Oriental and Egyptian motifs. It's 21 meters tall and consists of six steps over a square socket ornamented with Ionic pilasters at each angle.