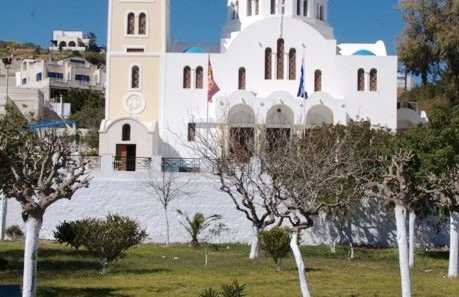 This is a typical whitewashed village located in the south of the island of Santorini, about 15 kilometers from Fira, the capital of the island. I visited it because it because I knew it had mills, similar to the windmills of Consuegra in Toledo. This village is situated on a hill outside the town. I was very surprised at the castle built during the Venetian occupation (only some vestiges of what became). Worth wander through the narrow streets of the old part of the city (thank goodness it's small, because if I had not gotten out of the maze). Nearby we have the beaches of Perissa, tourist village,

Lists and places related to Emporio

Links to Emporio
Hotels near Emporio Villages in Santorini
See something odd?