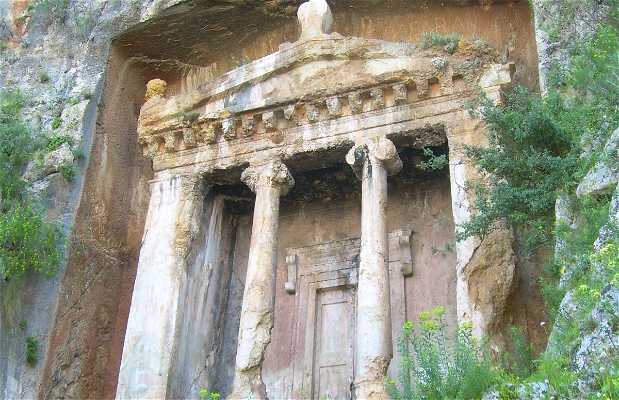 Fethiye is a city with a great history but retains few old buildings due to an earthquake in 1958 that destroyed Po completely. One of the few things that was not destroyed was the impressive Lycian tombs dating from 400 BC, when Fethiye was called Telemssos. The tombs contain a very curious stone sarcophagus that can be seen everywhere, even in the middle of some streets, which was desecrated for centuries by grave robbers. Among these tombs one stands out, that of Amyntas. It was excavated in the middle of a rock located just behind the city and has an Ionic temple façade that was carved into the rock in 350 BC.

When you look at this from Dalyan cliff across the river, you see a mysterious necropolis consisting of several tombs. This megalithic complex is called "The Lycian Rock Tombs". It is one of the pearls that Turkey hides in Anatolia. They may be 2,500 years old and built for religious purposes. Their contents can be found in the British Museum in London.