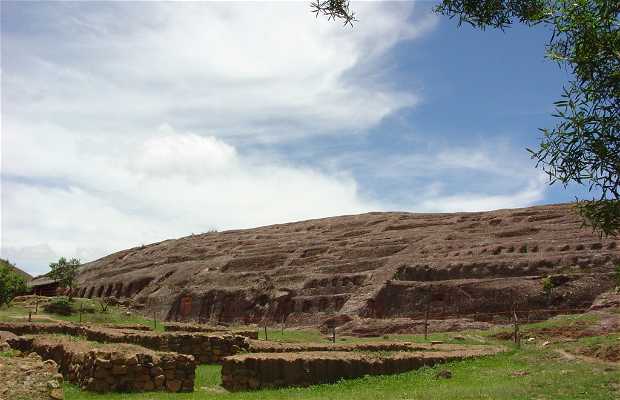 The Fuerte de Samaipata is an archaeological site, located 3 kilometers from Samaipata, situated at an altitude of 1,950 meters above sea level. It was declared a World Heritage Site by UNESCO in 1998, and is believed to be the work of the Guarani culture. It is popularly called "The Fort", as it is on the top of a hill. Apparently it was a ceremonial centre, and its position also allowed it to have an astronomical use. After the Guarani times the site was occupied by the Incas, at the time of their maximum expansion. El Fuerte de Samaipata is divided into two sections, the first consisting of a sculptured rock 250 meters long and 60 meters wide with an area of1.2 hectares, making it the largest petroglyph in the world, situated on a hill at 1,950 meters above sea level .