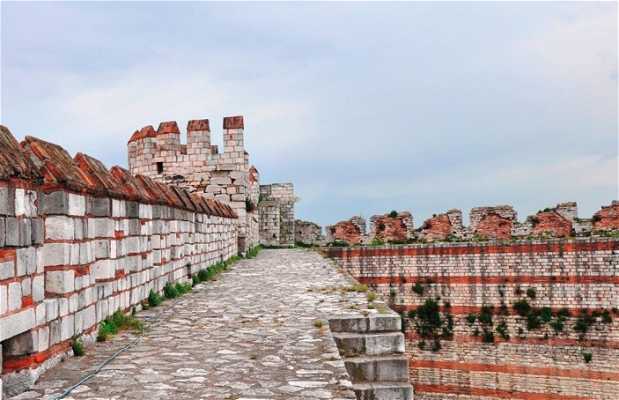 It is situated in the southern section of the wall of Theodosius, near the Sea of ​​Marmara. Its seven towers are connected by thick walls that make up a pentagonal fortress. It became one of the gates of the fortress when Theodosius II added the new walls. The Turks built another bastion after the conquest and gave it the name "Yedikule". The Ottoman treasury was kept in this fort for a short time but later it served as a prison for political prisoners.