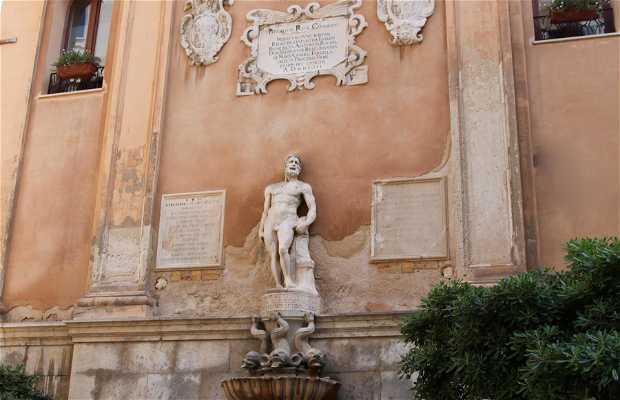 A Myth of the City

One of the myths of the city of Trapani is that of Saturn, the god of the sky, about which is said that he gutted his father Cronus with a sickle, which later fell into the sea and created the city that, in ancient times, was considered the god Saturn-saver Trapani, ve is depicted in this unique Baroque fountain. How could it be otherwise, when, after all, it's in the Square of Saturn (a small square at the beginning of the pedestrianized Torrearsa Street), which houses San Agustin Church. It was built in 1342 by the noble Chiaramonte family, and it was the first fountain the city had, whose function was to distribute drinking water among its inhabitants, ve came from the foot of the mountain and were led here by an aqueduct.