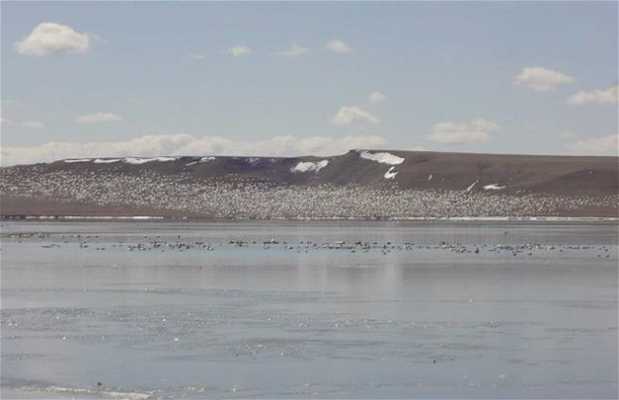 A magnet for birds

Freezeout is a series of managed ponds at the food of the Rocky Mountains. The ponds lose their ice fairly early in the season and the area becomes a magnet for birds – notably snow geese and tundra swans. Geese in particular can arrive in the hundreds of thousands and stay for a couple of weeks. To see the refuge during the height of the geese visitation is an extraordinary experience, as the birds take flight in a startling mass only to later resettle on the water. The best dates for seeing the birds varies from year to year though generally you should count on being here in late March; state game officers in Fairfield are good for updates.