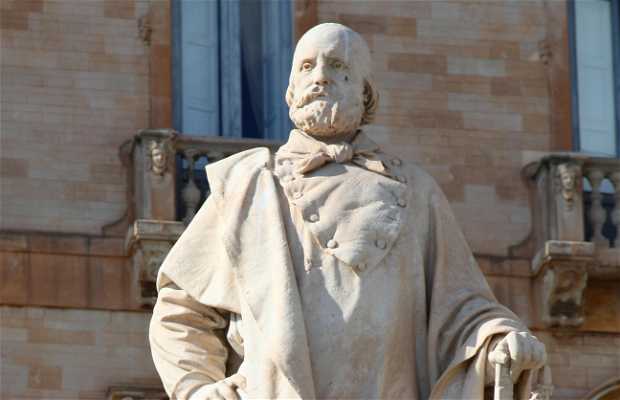 The Monument to Giuseppe Garibaldi stands in the center of Garibaldi Square, which is opposite the imposing facade of the Grand Hotel and the harbor. It's made in white marble by sculptor Leonardo Croce in 1890. The statue of the Italian military police officer is on a high pedestal. Hes a man who became famous for participating in the wars which eventually caused the political unification of Italy, during the second and third quarter of the 19th century. At his feet, there's a bronze lion with its jaws open and the word "free" written.