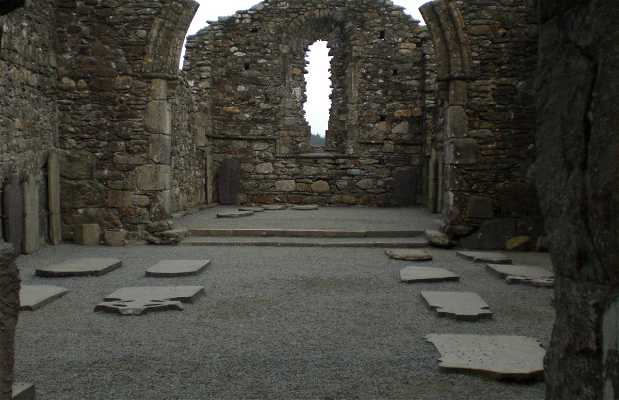 It is the largest church in Glendalough, and one of the largest of the early Christian churches in Ireland. Initially, the church was dedicated to St. Peter and St. Paul, but ceased to be a cathedral in 1214. The oldest part of the church is the nave, dating back to the 9th Century. There are other sections from the 10th and 11th. In the 12th century, they began to decorate with carved stone, but now the cathedral is out in the open, and most of the fine drawings and details have been eroded by wind and rain. A church with a lot of character, with tombs of early Christians in the region, buried inside the nave; some graves are on the ground, others are in the walls.