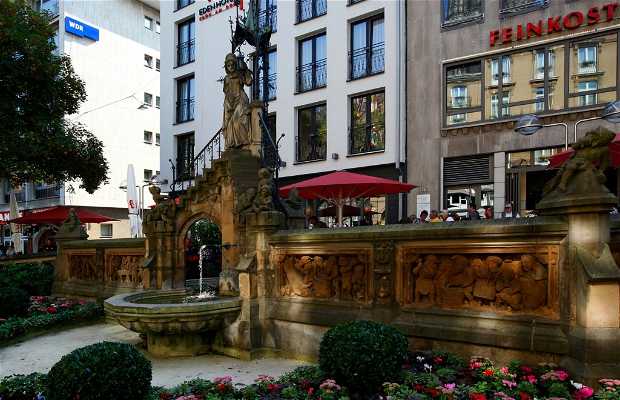 In Cologne, a fountain...

In Cologne, a fountain (Heinzelmännchenbrunnen) commemorates the Heinzelmännchen and the tailor's wife. The Heinzelmännchen are a race of creatures appearing in a tale connected with the city of Cologne in Germany.
The little house gnomes are said to have done all the work of the citizens of Cologne during the night, so that the inhabitants of Cologne could be very lazy during the day. According to the legend, this went on until a tailor's wife got so curious to see the gnomes that she scattered peas onto the floor of the workshop to make the gnomes slip and fall. The gnomes, being infuriated, disappeared and never returned. From that time on, the citizens of Cologne had to do all their work by themselves.

Lists and places related to Heinzelmännchen