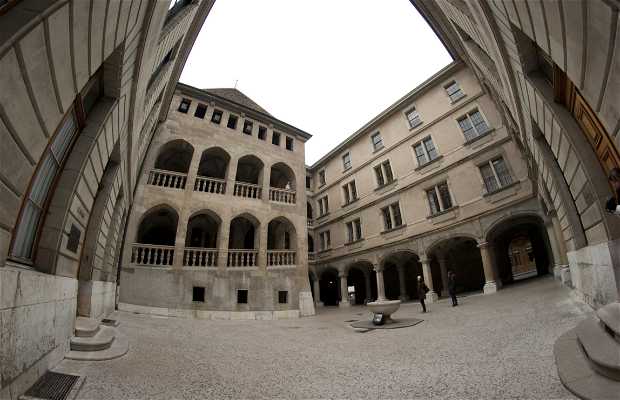 The Old City of Geneva

In the center of the old town is Hôtel de Ville, a XV century building in the street of the same name. Originally it housed the town hall, but now is the seat of the cantonal authorities. The "Tour Baudet," a tower from 1455, is the oldest part where the cantonal archives were kept. The courtyard has the entrance to the Alabama lounge, where the Geneva Convention was signed in 1864 and the International Red Cross was recognized as a humanitarian organization. Also the first meeting of the League of Nations was held here in 1920. The ramp, with a sloping outer railing, is a masterpiece of architecture of the sixteenth century, and was used to bring guns into the building and to facilitate access for horses.