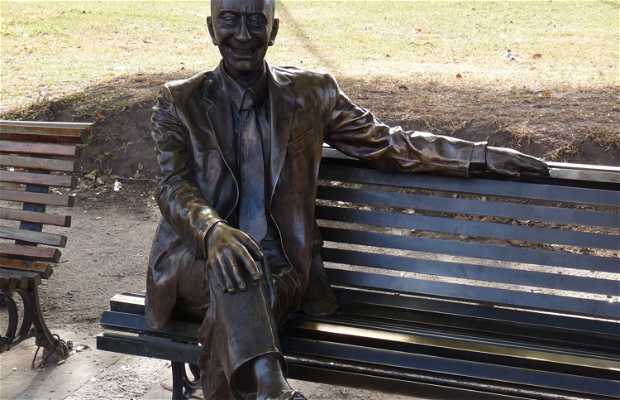 As Sunday looked like it was going to be a really splendid day, we decided to go with my daughter, my son and one of my granddaughters to the coast to see the river and walk in the sun after many days of forced enclosure. When we passed the statue of the Black Olmedo sitting on the bench, my daughter could not think of a better thing than to make me sit down and take several photos, and really I was tempted so much by both things that the people there told me that I couldn´t stop laughing, so I have trimmed those photos to upload along with several other of his characters and to collaborate with Gisselle corner.