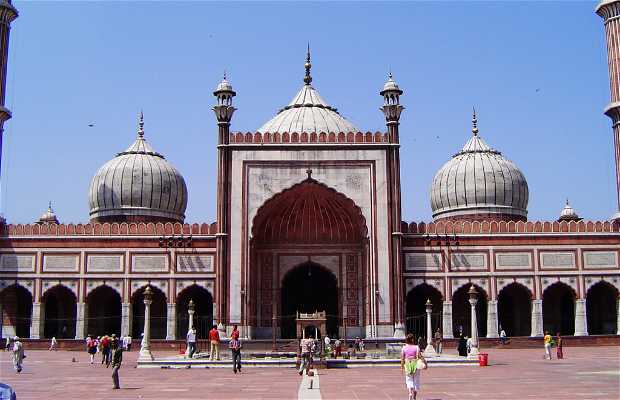 The majestic mosque was built on a natural promontory in 1656 by the emperor Shah Jahan, with three imposing white marble domes and twin black minarets that flank its majestic central arch, it took six years and 5,000 workers to complete, costing almost one million rupees. A graceful staircase leads to the magnificent red sandstone arched doorways, where during the times of Aurangzeb, they sold horses and jugglers performed. In the gigantic 28-meter square courtyard where up to 20,000 people can be held, during Friday prayer and the Id, when it hosts numerous faithful followers. Next to the stack

Built by Shah Jahan the maker of Taj...

Built by Shah Jahan the maker of Taj Mahal it is one of the largest mosques in india.