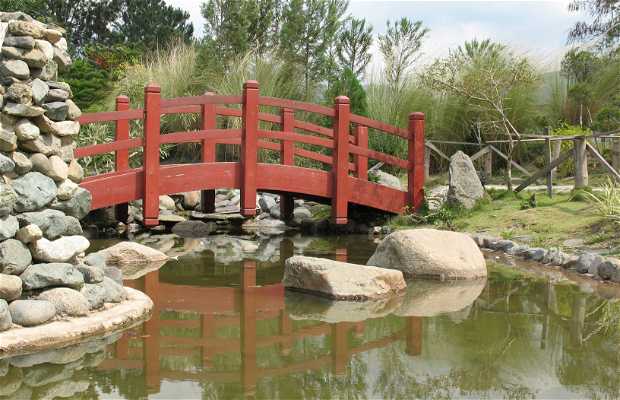 At the end of the 1950's several families came from Japan who were invited by the tyrant who ruled at the time, Trujillo, through the Japanese gov't, with the promise of owning plots of land that were to be cultivated and marketed by those very same people. 50 years later, these families built a small garden with Japanese elements as a perennial reminder of its legacy. The new immigrants generally settled in Jarabacoa and Constanza, where they used the techniques they had learned to make the earth positively give birth. Today, these two towns continue to prosper at growing vegetables and fruits that supply the domestic market and are also exported.