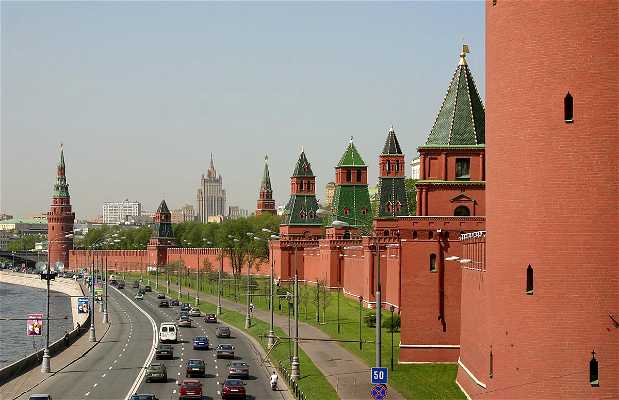 The biggest attraction in Kazan is Kremlin, a world heritage site. With white, wooden ceilings, it´s an authentic beauty that is little known. Only some Russian tourists stroll along its streets. The blue and white mosque stands inside. This city has a great Russian-Muslim mix and this is very visible in the Kremlin. There is also an Orthodox Cathedral which was built over an old mosque to claim religious power. When the new mosque was built, it became the star of the Kremlin and Orthodox Cathedral has been left to the background. It shows the great rivalry that exists in the capital of Tatarstan

Views of the Kremlin

From the bank in front of the Bol Kamenny bridge there are the most fabulous views of the Kremlin. Even from the viewpoint that lets you set your camera there and take a couples picture if you don't have anyone there ve can take the picture for you. It's a vision that can capture the merger of romance and architecture if the wind and cold permit.

Is for a once in a life experience, a bunch of history inside one "building", just beautiful.