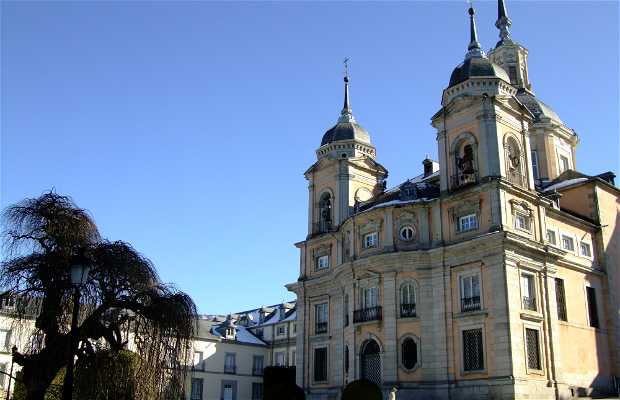 The Collegiate Chapel was used by the kings Philip V and Elizabeth Farnese (his second wife) during their visits to the Palace. At first it was a small chapel, but due to various expansions eventually became a great work of art. It is currently known for the Royal Collegiate Church of the Holy Trinity. The vaults feature various frescoes and there is a picture of the Holy Trinity. It also contains a beautiful dome and several towers. It currently has the remains of Felipe V and Isabel De Farnersio. The Collegiate is one of the most photographed places undoubtedly in the town of La Granja de San Ildefonso.