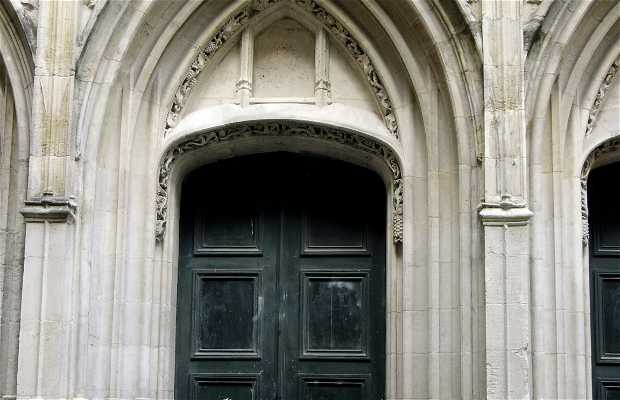 The Grosse Cloche name means the big bell. It´s an impressive bell tower in St James's Street, near the Cours Victor Hugo. It is next to the church of Saint Eloi. However, it isn´t a religious building, but simply the old bell of the Bordeaux town hall. It's a public building that has been preserved since the Middle Ages, it was built during the fifteenth century and opens on the thirteenth-century wall. The pilgrims of St. James´ Way passed through this door on their way to Santiago de Compostella. La Grosse Cloche has two circular towers which are 40 meters high, linked by a central building.