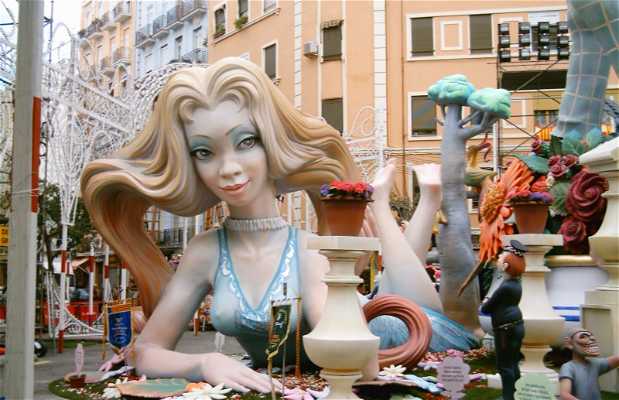 Well I made a quick trip to see Las Fallas, as I’d never been. I spent the whole of Thursday 19th watching las fallas, and then went to the Town Hall Square, where they burned the falla at 1 in the morning. My experience of day I would say was quite good, although that wait for nightfall to see the falla burning is very stressful.

What can I tell you, I loved it, lots of partying, beautiful fallas, but yes, the smell of fire, smoke ...An unbearable stench, but worth it! The mascletá is an experience that without doubt one must live without doubt if you go to Las Fallas. In addition, one of the things that always gets my attention is the curls of the Falleras over the ears, ha-ha.

See it in person

The Fallas are something that the entire world has seen on TV, but you can’t really appreciate their magic and magnitude until you’ve gone to Valencia to see them in person. It’s an enormous festival, the city is loaded with tourists from around the world during the entire celebration. The celebration is held in Valencia (March 15th to 19th), it’s surrounding towns, and Mad del Plata in Argentina, too (due to the large number of immigrants from Valencia). The Fallas are a festival in honor of San José, the patron saint of carpenters.

The process is long, and preparation takes almost the entire year. They construct giant, artistic figures called “ninots,” which are similar to parade floats, only usually much bigger and made to be destroyed, as they’ll be burnt during the Las Fallas celebration.