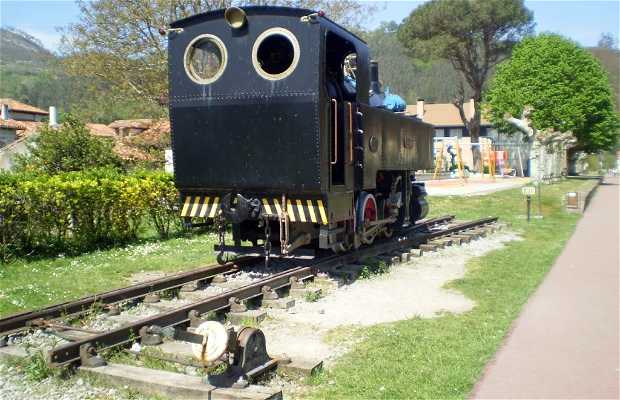 Located in the Via Verde del Pas, next to the old railway station, is the Reyerta locomotive. It is an old steam locomotive, a 030T model, built by the German company Krauss in the year 1913. This machine was in industrial use until the mid-70s and was recently restored in 2004 in memory and tribute to the Ontaneda railway. It is included in the General Inventory of Cultural Heritage as an important part of the scientific and technical heritage of Cantabria.