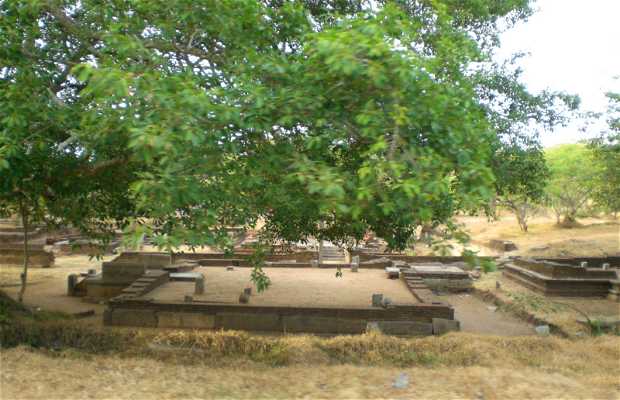 The name Lovamahapaya means "the great house with a copper roof". He is the King Devamnampiyatissa and the first Buddhist king which built a house with the recommendations of Mahinda Thero, the man ve lead the country to Buddhism. A century later, the king Dutugamunu built this massive palace. It was a nine-story building, measuring 47 meters high and 50 meters on each side. The weight was supported 1600 pillars. Each floor had 100 windows and a thousand rooms. It's pretty awesome to be a building of the second century BC. The upper floors were probably made of wood, decorated with coral and gems.

Lists and places related to Lovamahapaya