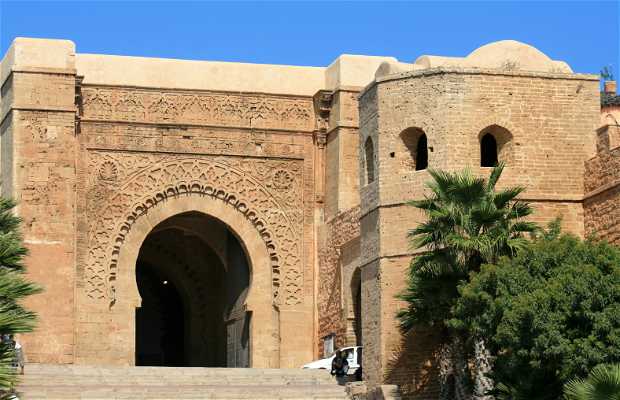 32 photos of Medina of Rabat

14 reviews of Medina of Rabat

In Arabic, the historic center is called "medina," which is the word for "city." Before Rabat fit fully inside the city walls that were built in the 12th century by the Almohad dynasty, it was a small fishing village, and the big city was Safi, on the other side of the Bou Regreg river. Some say "Rabat" meant "where horses are tied," because people left their horses there before returning home to Safi. During the French colonization the governor decided to make Rabat the capital. The medina is a fun, lively place with many shops, covered markets, mosques, and some hotels. I like staying here and sleeping in the historic center because the hotels here are cheap.

The Medina of Rabat shows something a little different than cities like Fez medina, Marrakech and Meknes. Perhaps it's the ocean, or the fact that it has a different order and structure to it, but the truth is that it has a much more orderly character. The fortified gates, its walls and spectacular views of the ocean are sufficient incentives for the traveler to enjoy the stay in its streets, all often under the magical white and blue colors of the walls

The Kasbah des Oudaias and the Medina of Rabat reflect the soul of the old Almohad city. Souika Street, with its awesome rug stores, the artisans' delicate brasswork, the succulent tasty street skewers. The Street of the Consuls, which is named that because a lot of representatives of foreign nations stay there, is full of elegant buildings where artisans practice their art under the eyes of passersbys. Tarik El Marsa Street, running along the Andalusians' Wall, also offers a comprehensive overview of the experience and the work here that has been carried out for centuries. An interesting visit

Lists and places related to Medina of Rabat

Information about Medina of Rabat