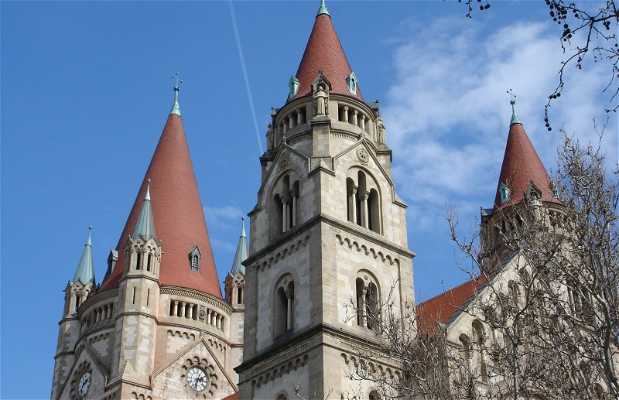 Interesting and different from other monuments you will find in Vienna

As stated on the plaque in the square, "Mexico was the only country which officially protested before the League of Nations against the violent annexation of Austria by Nazi Germany." And it was for this reason that it was decided to erect the square under the name of Mexikoplatz. It is located on the banks of the Danube at the metro stop of Vorgaten Strase. It's right on the banks of the river, opposite the UN building in Vienna. The square, in itself, is not much to shout about, it´s only about 30 square meters, with its benches and other furnishings, but what is striking about it is the imposing cathedral, a peculiar style that is very reminiscent of those toy Playmobil castles, with rounded towers and almost perfect blocks.

Lists and places related to Mexikoplatz