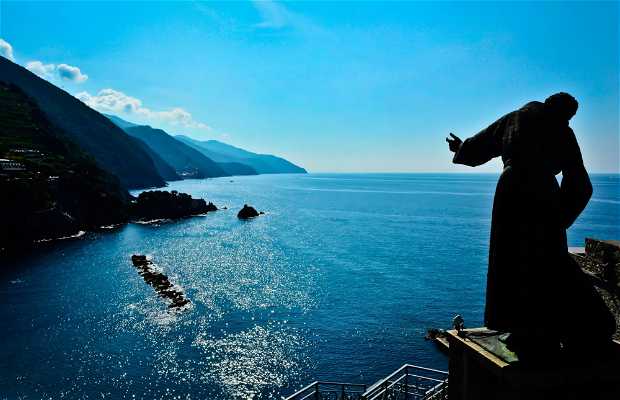 Monterrosso al Mare is one of the five villages that make up the Cinque Terre (The Five Lands in Castilian), which are on the coast of the province of Le Spezie Liguria area. It is an area of ​​indescribable beauty that I had the great fortune to visit at the invitation of a friend, who was born in Liguria but has now been living in the United States for a few years. He rents a cottage on the coast when he can and he goes there for a month to enjoy walking and remeniscing about old times. In 1997, Le Cinque Terre was declared a World Heritage Site, along with some other islands and some regions in Italy.