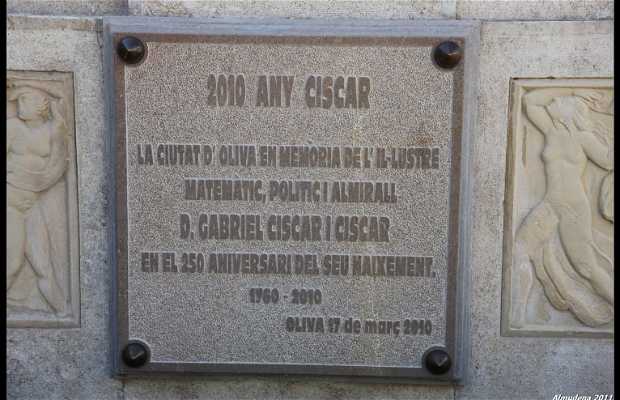 4 photos of Monument to Gabriel Ciscar

1 review of Monument to Gabriel Ciscar

Ciscar was a mathematician, politician and sailor, born in Oliva in 1759. Spain chaired the committee which worked in Paris in 1798 to establishment the current decimal system. As a mathematician Ciscar played a huge part of this effort. The Revolutionary War made him leave academic life and he went into politics. He was a member of the Central Board between 1808 and 1810 as well as the civilian and military governor of Cartagena. When Fernando VII rose to the thrown in 1814, he was, despite his advocacy for the king, imprisoned for his liberal ideas and banished to his native Oliva. With the triumph of absolutist rule for Fernando VII, he had to flee and went into exile in Gibraltar, where he died six years later.

Lists and places related to Monument to Gabriel Ciscar

Information about Monument to Gabriel Ciscar