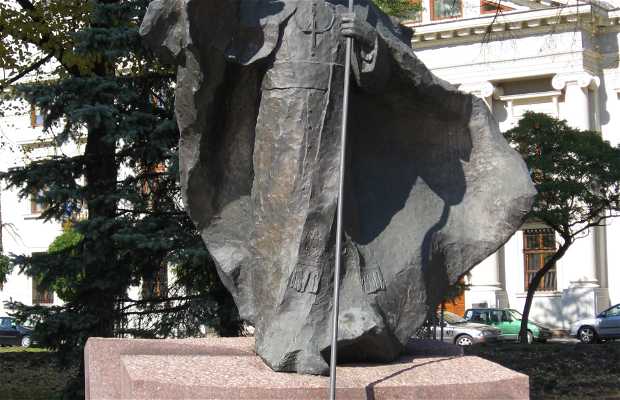 Unveiled on June 4, in 2000 to coincide with the celebration of two thousand years of Christianity and the 80th anniversary celebrations of the diocese of Lodz, this bronze statue was designed by Krystyna Fałdyga-Solska, and is 2.2 meters high on a granite base. It shows Pope John Paul II as a much younger man, in a deliberate illusion, referring to his visit to the city of Lodz in 1987. The three granite blocks under the feet of the Pope are symbolic of the three millennia between today and the birth of Christ.

Links to Monument to Pope John Paul II
Of Cultural Interest in Lodz
See something odd?