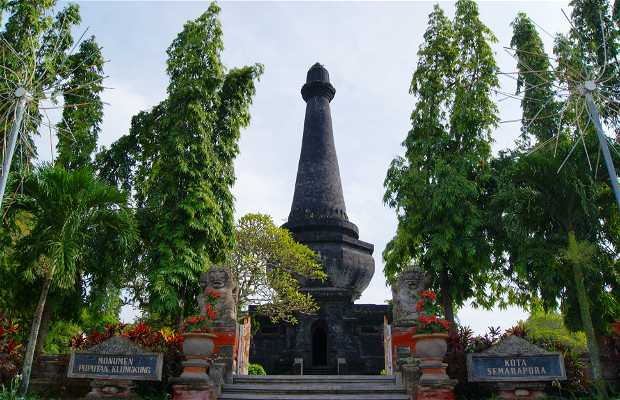 The awful story represented by this monument is the death in 1908 of 200 members of the royal court of Klungkung who committed suicide in a ritual, fighting to the death, like the Japanese kamikaze pilots. In a final confrontation, on April 18 1908, Dewa Agung Jambe, Klungung Raja, accompanied by 200 followers, made a desperate exit from his palace, dressed in black and armed with a dagger to wreak havoc on the enemy, according to a prophecy. The daggar did not have the desired result and the Raja was killed by a Dutch bullet. Immediately, the Puputan fighters committed suicide, killing themselves with their own swords, soon followed by the rest of the court.