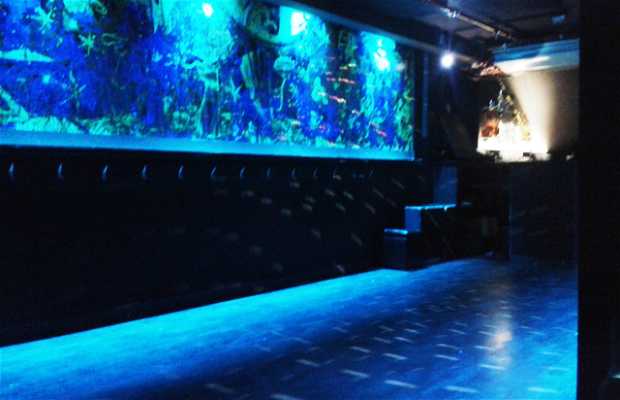 On a dark, silent street in Madrid's Conde Duque neighborhood (metro San Bernardo) lies a temple to disco: Moroder Sound Club, which excels both musically and in terms of decoration. First, the club (named after the Italian disco pioneer Georgio Moroder) plays electro soul, cosmic disco, funk, and, in general, a torrent of hip-shaking psychedelia. We were there for a total of 2 hours and I couldn't remember a single song that wasn't good, which says something. Second, the bar's trademark are its shape-shifting murals which change their pattern when hit with lights of different colors. The pounding drums, euphoric rhythms, and swirling walls, all topped off by (of course) a disco ball make Moroder a great sensory experience.