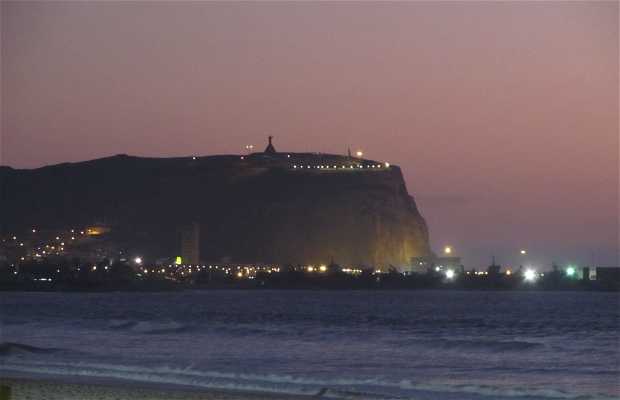 I took this picture the day that I went to the seine beach. As you can see, the nose of which is of great importance to our city because it represents everything our ancestors have done. This is where they fought the Battle of Arica on June 7, 1880. It was a mythical and symbolic battle of the Pacific War and that sealed their occupation by Chile and its subsequent annexation Chilean territory, which became official in 1929.