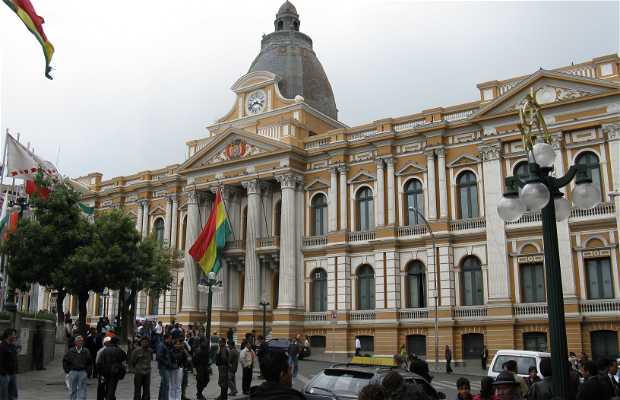 Murillo Square is the main square in La Paz. It was named that in honor of Pedro Domingo Murillo ve lived from 1759 to 1810. He was a Bolivian patriot ve was a precursor to Bolivian Independence. Currently it's in the heart of the city. In the center of the square a monument to immortalize the martyr was erected. Nearby, is the presidential palace, the seat of the Congress and the Cathedral.