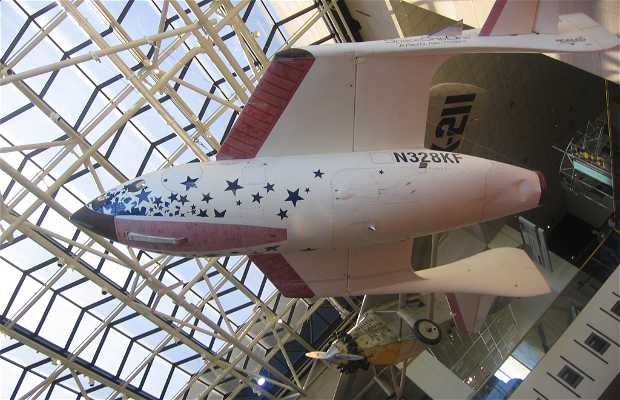 Museum of Air and Space

We had a one-day trip to Washington, DC (roundtrip from NY by minibus) and we visited the National Museum of Air and Space. It is true that we did not know of its existence beforehand but we found it interesting and it is the most comprehensive museum of its kind. It is tremendous in size as it exhibits planes, aircraft, the module of Apollo 11 (the first manned mission to reach the moon) and the first Air For One I (used by President John Fitzgerald Kennedy in 1960). You can also view the costumes of the first astronauts who went to the moon with their cameras. It has a good flight simulator that just as the entrance to the museum and is free though you do have to pay for some attractions.

Lists and places related to National Air and Space Museum