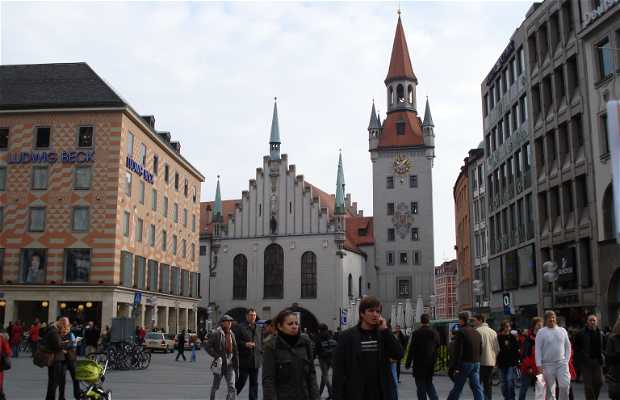 It was built in 1474 by Jörg von Halsbach and is the 2nd district in the history of Munich. It consists of a large Gothic hall and a tower. In the Second World War it was completely destroyed and later rebuilt with the same look it had when it served as a gateway to the city. Today the tower houses a toy museum called "Spielzeugmuseum".