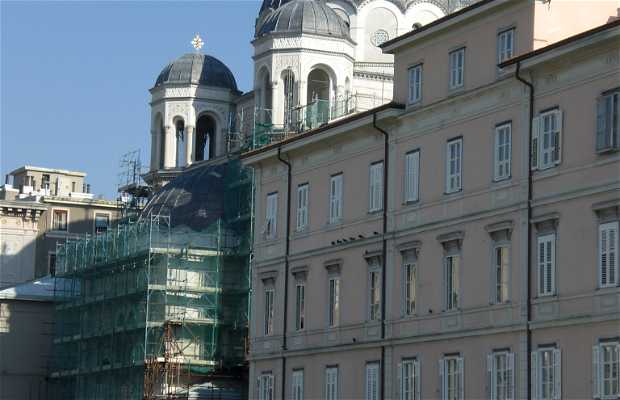 Trieste is a mostly Catholic city but being on the border between Croatia and Slovenia it also has oriental influences, such as the Serbian orthodox church of St. Spiridone, in Piazza San Antonio Nuove, near the channel of the city center. The church was built next to the Catholic San Antonio church, stressing even more the city's cultural diversity. It was built by the architect Carlo Maciachini and opened in 1868. It is a typical Greek Orthodox church with a square cross and a large central dome and 4 small rounds, covered with mosaics in dark blue tones. The exterior is being renovated but the