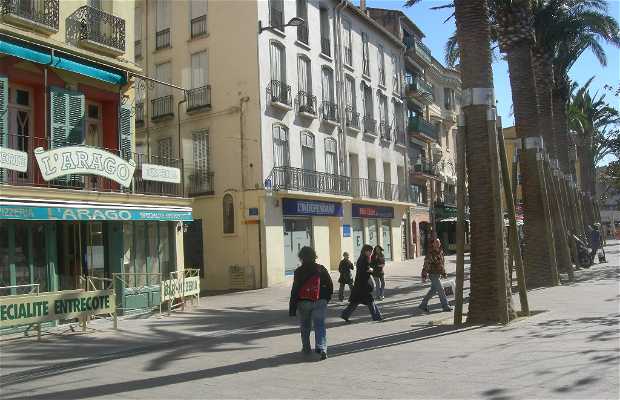 Gateway to the city's historic core

This pedestrian plaza is located in the centre of Perpignan, near one of the most touristy zones, the Quai Vauban. It is named after François Arago, the physicist and astronomer educated in the town, and originally from a village in the region. His statue dominates the square. The Place Arago is a vibrant space in which you can find plenty of bars and restaurants, as well as the tourist office or the Palmarium. The Palace of Justice is at one end. It's also one of the gateways to the city's historic core and the surrounding streets are the most commercial of Perpignan. It's a mandatory place to

+9
Like
Layla Rousseau
Excellent
See original
Like
Have you been here?
Add your opinion and photos and help other travelers discover