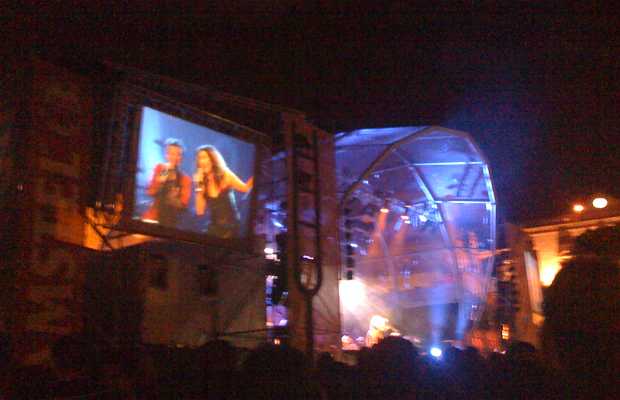 During Octubre'08, Caceres was full of great music with el Play! Caceres. The festival began as an institutional alternative to WOMAD, who wanted to leave Cáceres for lack of an agreement. At the end, Caceres held WOMAD and el Play!. During times of crisis, it's perhaps a big expense, but bear in mind that Caceres aspires to be the European cultural capital in 2016, but all it was was a large crowd in the plaza night after night. The best part? Cheap drinks in bars in the square to prevent a massive outdoor drinking festival, which is what happens during WOMAD. It was a success. So, with the bottom of stage decorated with the Monumental City of Caceres, the Plaza Mayor saw Noa, Dulce Pontes, Estrella Morente, Carlinhos Brown, Chambao, Orishas, ​​Raimundo Amador, and many other artists.