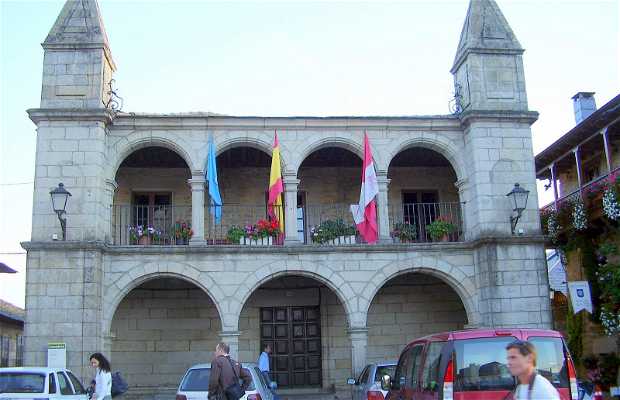 Puebla de Sanabria's City Hall is in the upper part of the town, in Plaza Mayor, right in front of the Nuestra Señora del Azogue Church. Their City Hall is constructed of ashlar at the time of the Catholic Monarchs and it has 2 stories. The ground floor is a porch that's formed by 3 arches, and on the upper floor there are 4 arches. The facade is framed by 2 interesting looking pointed turrets. The City of Puebla de Sanabria also manages three districts: Castellanos de Sanabria, Ungilde and Robledo.