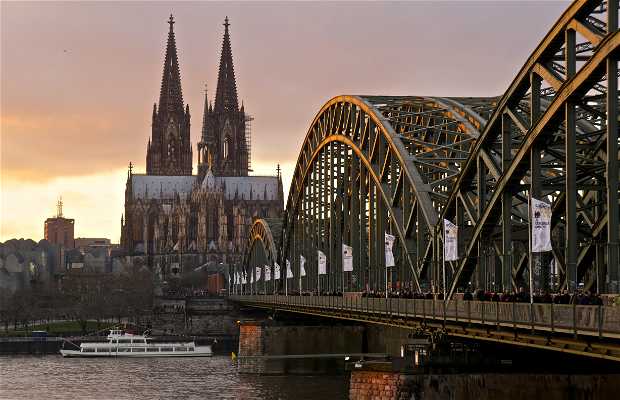 I'm not too huge on the lock bridge wagon

So the bridge wasn't as awe-inspiring as I thought it would have been. The over all view wasn't bad.

And I'm sure at the right time of day and location on the bridge the pictures would be well worth the trip to see. If you don't mind loads of people in and out of your view.

The Hohenzollern Bridge (German: Hohenzollernbrücke) is a bridge crossing the river Rhine in the German city of Cologne (German Köln). It crosses the Rhine at kilometre 688.5. Originally, the bridge was both a railway and street bridge, however, after its destruction in 1945 and its subsequent reconstruction, it was only accessible to rail and pedestrian traffic.
It is the most heavily used railway bridge in Germany, connecting the Köln Hauptbahnhof and Köln Messe/Deutz stations.

During my photo tours through Cologne I found a railway bridge that allowed me to cross to the other side of the Rhine. It was a huge surprise to see these thousands of locks as an expression of love. Incredible!