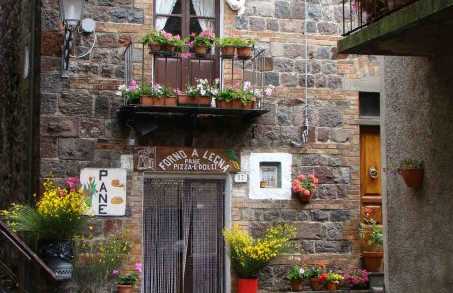 About 73 kilometers away from Siena, in Tuscany, Italy is where you'll find an almost magical town. This town seems stuck in the Middle Ages. Radicofani sits at about 800 meters above sea level, and its streets with stone houses seem like they "watch" over a beautiful mountain fortress. In the past, Radicofani was called "CalleMala" and every house was built around its castle. This was pretty typical throughout Tuscany and Lazio, and was coveted by nobles and the church. Since the 12th century, Radicofani has undergone papal jurisdiction, first under Pope Adrian IV and later, under Pope Innocent III.

Lists and places related to Radicofani